K-Pop Stars BTS will not be exempted from serving in the military!

K-Pop Stars BTS group members are now required to fulfill their duties towards their country, South Korea has a law that requires all able-bodied men who lie between the age of 18-28 must mandatorily serve in the military for a period that falls between 18 months to 21 months. South Korea retains compulsory military service mainly because the country is still technically at war with its nuclear-armed neighbor, North Korea. 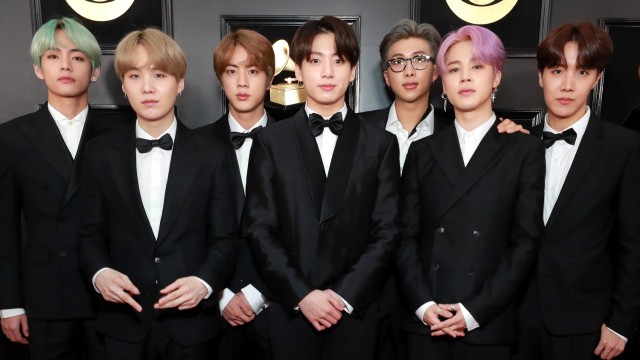 The band of seven members debuted in the year 2013, and since then BTS became a worldwide sensation by giving amazing hits along with campaigning all around. BTS Military Service is trending these days in South Korea because every citizen wants to be treated equally and they are looking up to BTS boys band members to do the same.

Though several categories of athletes of the Olympics and Asian Games medal winners, classical dancers, and classical musicians who topped the highest level of competitions won the exemption or served for a lesser period in the past. Few lawmakers appealed for BTS Military Service to be exempted, but fans of the BTS boy band want them to serve in the military, and to ensure the public as well as the fans their agency announced the eldest member Jin will start shortly.

Talking about the BTS Military Service, Jin who is 29 years old has stretched out as far as he can from serving and will now be out of the public eye for nearly two years till he turns 30 years of age. The other six K-Pop stars of the BTS group will start with mandatory military service as per their respective plans and orders received from the country officials.

In June, BTS announced a break from group musical activities and each member started indulging in solo projects which made the fans suspicious about the band’s future, but, last Saturday in Busan, the band united to perform in a free concert which was in the support of South Korea's bid to host the World Expo 2030 in the port city.

[BREAKING] @BTS_twt members are going to military. BigHit: "We'll withdraw our request delaying Jin's enlistment at the end of the month and will follow the administration's enlistment procedures," and added the other members will also enlist in order according to their plans. pic.twitter.com/dt9g82hoRC

Official statements that were announced by the management company of BTS said, “Both the company or agency and all the seven band members or K-pop stars of the BTS are looking forward towards the reunion in the year 2025, once all the members of the group are free from their mandatory BTS Military Service.

Ans - Read full details about the updates on the BTS Military Service, will the boys in the band have decided to fulfill their national duty? An official statement was released from the management agency. Explore more.

Ans - Update on the latest news of BTS Military Service. Jin will take back the request for a delay in joining the military service. The other 6 six band members will join according to their respective orders and plans.

Ans - The exemption to the members of the BTS group in regard to serving in the military was only given of age, i.e. two years were extended in between the duration for which a person has to mandatory service in the military. No, another exemption is given to any of the members.

Ans - K-Pop band BTS is the hottest ticket in music right now. From Korea, the seven-piece band - consisting of RM, Jin, Suga, J-Hope, Jimin, V, and Jungkook - is fast becoming a household name the world over thanks to their amazing choreography and unique sound.