On Monday 31st October, chaos occurred on the social media platform Instagram when suddenly many of the accounts encountered a message that their personal or business Instagram account has been suspended or deleted.

Instagram, presently one of the most popular social networking platforms used by individual creators, business owners, brands, etc., to promote themselves and their content to the world faced a simultaneous crashing problem worldwide this Monday. 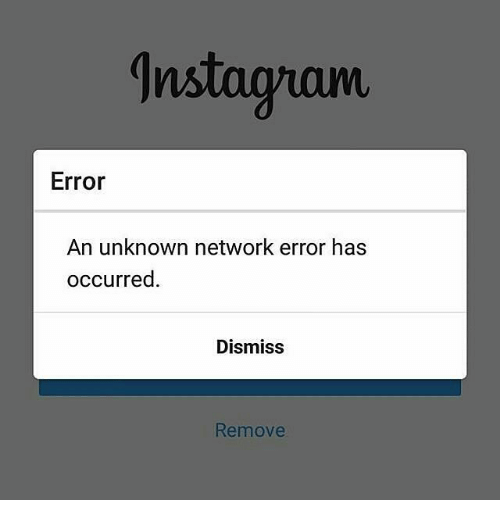 The users of the social media application got frustrated with the application because when they tried to open any post or tried to upload any post to their individual or business accounts, an error message appeared stating that the account has been suspended temporarily due to some unknown reasons or has been deleted from the platform’s servers completely.

Instagram is a social media platform, but it is also a source of income for many users as business owners promote their services and products, on the other hand, individuals promote themselves by creating public content for other users.

Since after that Instagram started getting reports from multiple users worldwide of the application being crashed every 30 seconds and of the error message being displayed of account suspension or account deletion. Users also used the microblogging platform Twitter to share their grievances by sharing screenshots of Instagram and other related memes via tweeting.

As soon as the officials and the development team of the social media application Instagram got aware of multiple crash reports and reports of account suspension or deletions, they acted right away to find out the cause of the problem and its resolution.

Meanwhile, Instagram’s PR team tweeted that they apologize to the users for the inconvenience they are facing in accessing the accounts and they are trying to resolve the issue as fast as they can. The screenshot of the tweet can be seen below.

Cause of the problem and solution

According to the reports from Instagram officials, the problem with the application being crashed every 30 seconds occurred on Monday in front of multiple users worldwide is identified due to a bug in the application. 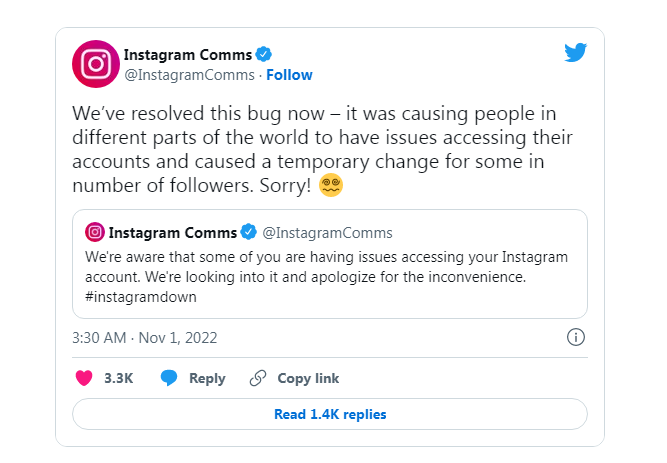 The bug forced the Instagram application to crash multiple times on countless devices worldwide and displayed messages to some account users of deletion or suspension.

The problem was quickie resolved by the development team of the application by taking appropriate actions to deal with the problem so the users can use it uninterruptedly.

Once the bug got fixed, Instagram’s PR team once again tweeted to assure the users that the application is back on track and working fine along with sincere apologies for the inconvenience caused.  Here is the screenshot of the tweet.

Ans - Read the latest story on the news of the Instagram application being crashed every 30 seconds.  Reported by multiple users worldwide.

Ans - On Monday 31st October 2022 the social media platform Instagram faced a bug in which it kept on crashing on the user’s devices. Users also reported account deletion and account suspension.

Ans - The officials from Instagram reported a bug being the cause of the problem of Instagram crashing this Monday worldwide.