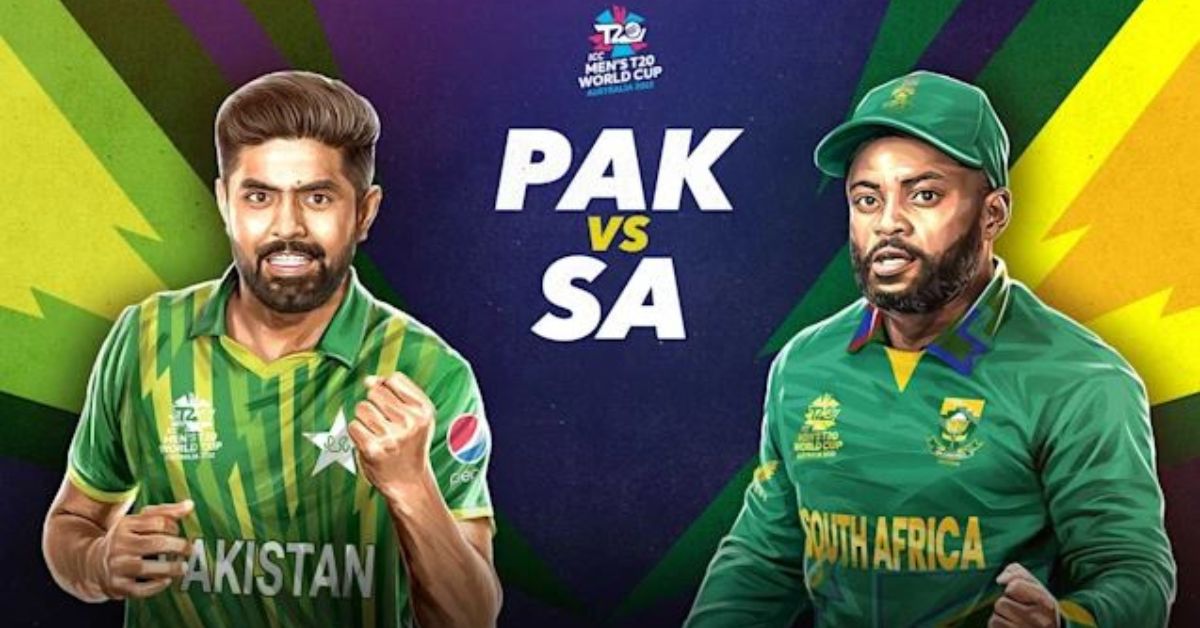 At Sydney cricket ground the 36th match of the ICC Men’s T20 World Cup match was scheduled between Pakistan and South Africa, Pakistan kept alive their slim hopes of reaching the Twenty20 World Cup semi-finals by winning over South Africa from a margin of 33 runs.

In this Super 12 match of the ICC Men’s T20 Worl Cup, Pakistan won the toss and elected to bat first.

Pakistan’s score stood low in the starting with only 43 runs on the board with the loss of 4 wickets, as they were lagging behind in the game the half-centuries from Iftikar Ahmed and Shadab Khan helped them to create a huge total of 185 with the loss of 9 wickets.

The first innings delighted the crowd of 30,000 people roaring on the famous Sydney cricket ground as they enjoyed the sixes and fours from the bat of Iftikar Ahmed and Shadab Khan.

South Africa fancied their chances of winning but Shaheen Afridi took two early wickets completing his 4 overs with 3 wickets while conceding 14 runs, on the other hand, Shadab Khan removed the South African captain Temba Bavuma and Aiden Markram when they were building a good third wicket partnership.

Soon drizzle turned into rain and the play was stopped. As the skies got cleared, the game resumed with South Africa on 69 runs with a fall of 4 wickets, and due to rain, the Duckworth-Lewis-Stern method was implied that revised the target to 142 runs along with only 5 overs left to play.

Pakistan clinched their win in the Group 2 clash against South Africa. 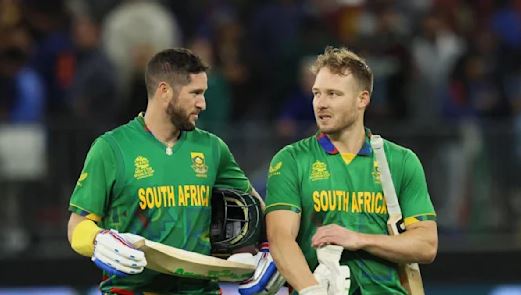 More insights from the match

South Africa faced a loss but still remained in second place behind India in Group 2nd, they will secure the two spots in the semi-finals if they are able to beat the Netherlands in their final Super 12 match on Sunday.

To have any slight chance of progressing, Pakistan is needed to beat Bangladesh in Sunday’s second match which is at Adelaide Oval, and along with winning they must hope that the Netherlands faces a loss to South Africa or anyhow Zimbabwe manages to beat India by stunning them.

During the match, the hopes of Pakistan once crippled when their top order batsmen like Mohammad Rizwan, Babar Azam, and Shaan Masood all departed very cheaply by scoring not only half of what was expected from them from their side.

The man of the match award was marked to the name of Shadab Khan for his all-around performance in the match, he scored 52 runs from just 22 deliveries he faced and completed his four-over spell by taking 2 crucial wickets along with conceding 16 runs.

Mohammad Haris who was welcomed into Pakistan’s squad for replacing the injured Fakhar Zaman showed his teammates that he is of some value in the team, he scored crucial 28 runs on the board just off 11 balls that included starting two sixes and a four. 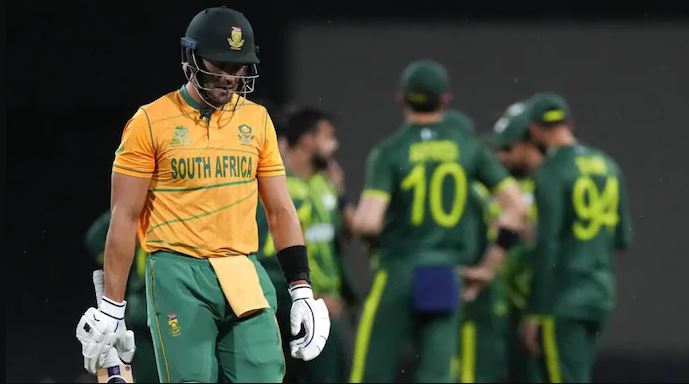 Answer - Unbeaten South Africa loses to Pakistan by 33 runs, Pakistan still has hope for the semi-final if either Netherlands or India loses their match.

Answer - Pakistan has beaten South Africa today by 33 runs at SCG in Sydney. The men in green have kept their chances to qualify for the semifinals alive.