On Sunday 6th November 2022, two renowned names from the music industry turned their professional relationship into a personal one as the couple tied the holy wedding knot between them.

Yes, it is officially confirmed that the singer Palak Muchhal and the music composer/director Mithoon are married, the marriage rituals were held in a private close family-knit ceremony and other functions held before were of Haldi, Mehndi, Sangeet, and Reception after marriage. 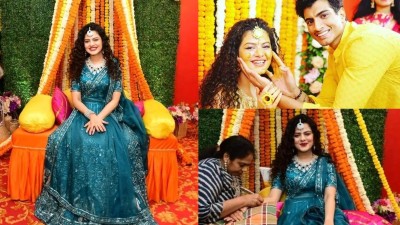 Palak Muchhal and Mithoon collaborated in the music industry back in the year 2013 for the film Aashiqui 2 whose songs were a great success, the couple were having no clue that nearly after a decade they will be tying wedding knots with each other.

There is no cupid in the story of Palak Muchhal and Mithoon as their families have brought them together, the couple says they were not even connected socially despite the fact they have known each other professionally for a very long time.

How did the couple connect?

Mithoon, who has composed music for films like Half Girlfriend, Kabir Singh and Rahe Shyam recently with Palak Muchhal, said that it was just last year that he felt some kind of strong connection with Palak about which he talked to his parents. 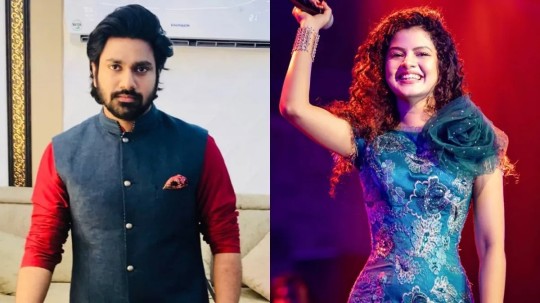 Parents of Mithoon approached the family of Palak Muchhal formally, after which they both started interacting a bit more and once they felt comfortable with each other they took the decision of tying the holy wedding knot with each other.

More insights from the wedding!

Palak Muchhal shared that when the “Rishta” (proposal) came initially her parents were very happy about it, she always admires Mithoon but never thought of spending life with each other but is now happy with her decision. 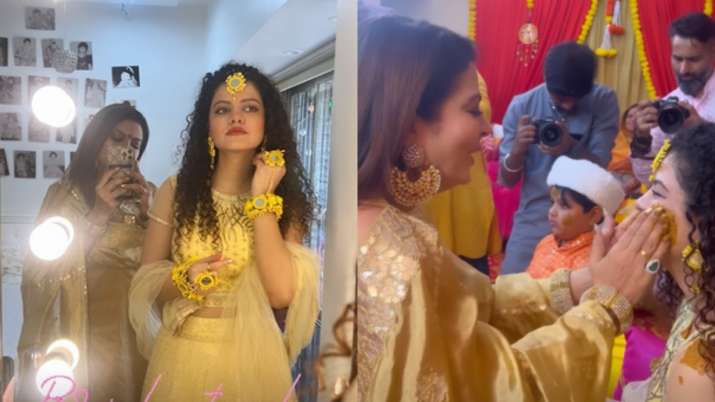 After tying the holy knots, Palak Muchhal said that Mithoon is someone who adds peace to her excitement, and on this Mithoon said that Palak adds perspective to his life by helping him discover various facets of his personality that he was not aware of.

Mithoon on the overall ceremonies said that the wedding ceremony was more of an emotional affair, and on the other hand the reception party was more of a celebration of our Indian traditions as well as cultures. Though he added that both families have tried to keep it as low-key as possible and the fans from Palak Muchhal’s hometown Indore have given so much of wonderful blessings. 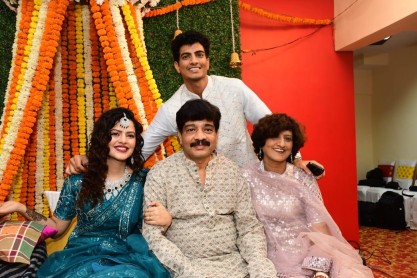 Palak Muchhal and Mithoon both are happy and shared that they are developing healthy relationships with each other’s family members, Palak and Mithoon both, also appreciated how lovely their mothers-in-law are and how blessed they feel to have them as part of their life.

The couple has not yet planned their honeymoon due to work commitments and busy work schedules but is looking forward to a much-needed break.

Ans - Singer Palak Muchhal tied the knot with her long-term boyfriend and music composer Mithoon Sharma on Sunday and the lovely couple is now officially bound together.

Ans - According to the reports, Palak and Mithoon will tie the knot on November 6, 2022. And unlike other weddings in the entertainment industry, it was all over the news of the B-town.

Ans - Singer Palak Muchhal looked gorgeous as she exuded traditional charm in a regal red lehenga for her wedding with music composer Mithoon.

Thank you for spending time reading this content. Please share your opinions on this blog. Palak Muchhal Marriage News