In the direction of Paul Feig, the movie “The School for Good and Evil” was released over the OTT platform Netflix on Wednesday, October 19th, 2020. The story of the fairytale revolves around two best friends Sophie and Agatha, both find themselves on each other's opposing sides when they have swept away into a school that is enchanted where both the heroes as well as the villains are trained. Witness an epic battle to protect the balance between Good and Evil. 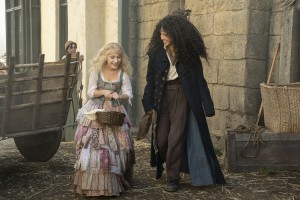 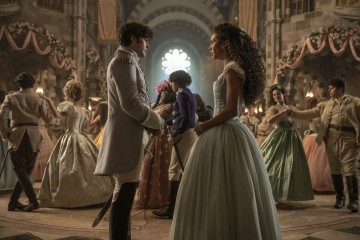 Sophia Anne Caruso as “Sophie” and Sofia Wylie as “Agatha” are seen in the lead roles along with Charlize Theron and Kerry Washington in the lead roles as teachers, the film is based on the novel by Indian-American writer Soman Chainani which also goes by the similar name “The School for Good and Evil”. 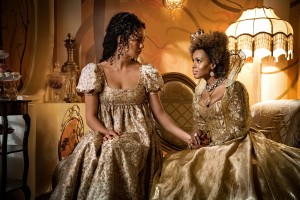 Director Paul Feig said to Entertainment Weekly, he never thought he would be one of those people who would direct something in the fantasy genre but when he went through the script of the dark fairytale, he just fell in love with it and started working on the project. He also mentioned that he did some dense reading of stories of various fairytales like Alice in Wonderland.

Platform to be released on - Netflix

The plot of the Movie

Every four years two children, one good and one evil, are kidnapped and taken into an institution or school which is enchanted so that they can train themselves to take part in their own fairytales.

Soon a dark and dangerous mysterious creature ties to Sophie so it can reemerge and threatens to destroy the schools and the entire world beyond that, the only way there can be a happy ending is that both the girls have to survive their real-life fairytale first.

In the end, the message which Paul Feig tried to deliver to his audience is that look we all are people, we all make mistakes, and we all are humans.

This message can also be seen in the movie through dialogue from the mouth of Agatha when she says “You are not evil, you are just human.”, Paul continued by saying that it is a very simple thing to understand, which he tried to show it in a more fanciful, stylish, and entertaining way, and lastly he added that the movie is relatable to our lives.

The School for Good and Evil FAQs

Ans - The official release date of the movie “The School for Good and Evil” is 19th October 2022 over the OTT platform Netflix.

Ans - The two main characters of the movie are Sophie and Agatha played by Sophia Anne Caruso and Sofia Wylie respectively.

Ans - Best friends Sophie and Agatha find themselves on opposing sides of an epic battle when they've swept away into an enchanted school where aspiring heroes. Rating: 5.8/10 with 1,622 votes.