What happened between the Warnock and Walker Clash?

Georgia’s senate elections will be held on November 8th, 2022, soon before the elections, a fiery debate took place between the democrat Sen. Raphael Warnock and the republican nominee as well as former football star Herschel Walker in Savannah, Georgia on Friday, 14th October 2022, three days prior to the start of in-person voting.

As soon as the debate started both the candidates sparred over the economy and its related problems, accusations of abortion, and Walker being warned by the moderator Tina Tyus-Shaw about something which he was showing off and was described as a “Prop”. 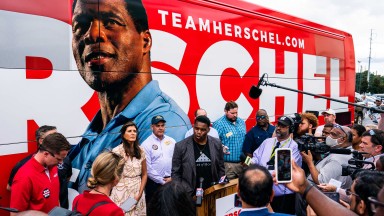 Herschel Walker appeared in a debate after avoiding debate stages for a quite long since the GOP primary due to allegations firstly reported by the Daily Beast about the cost of a woman’s abortion being paid more than a decade ago, and along with this few subsequent reports came that identified the woman as the mother of one of Herschel Walker’s children. Yet, ABC news never confirmed this report on an independent basis.

On the other hand, Walker also denied that he has ever paid for any abortion in an interview with ABC News, and also claimed that he knows the woman along with the fact that she is lying. But, the responses on the debate stage did not go quite well because he previously said that he totally supports a total ban on abortions without any exceptions, though on Friday he stated that he supports the Georgia heartbeat bill that allows exceptions in abortions and in the end he dodged the matter by saying that he trusts the decision of a woman in such cases.

Further, the debate moderators started questioning both candidates about allegations that have been put against them in public because of the past incidences that have gained hype in the news during campaigning. Sen. Raphael Warnock was questioned about the claims made by his ex-wife over politics intervening with his parenting. Warnock replied that going through a divorce was a painful period, but he is happy with his children and talked with them before coming for the debate and they know he is with them and supports them always.

On this Walker argued that Warnock has not stayed transparent and needed help with the dissociative identity disorder problem, though Warnock did not raise any arguments on abortion allegations but said "My opponent has a problem with the truth," when he was accused by Walker of not supporting the police officers. 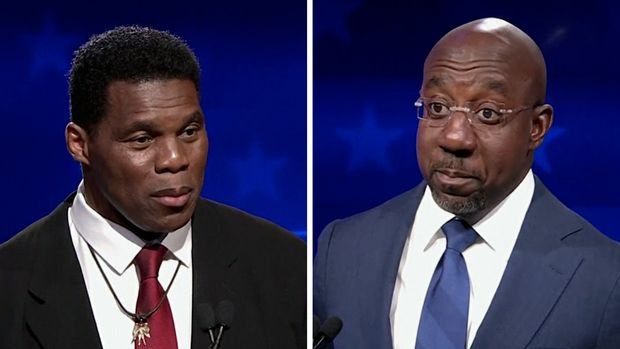 "I've never pretended to be a police officer," Warnock fired back. The comment caused Walker to flash a badge (not clear what it was), but moderators asked him to put away the prop. Furthermore, both the candidates answered questions on the economy and the related issues that are affecting Georgia and its people and what all both are planning to do if elected by the people, this is how the debate concluded in the end by both candidates pitching for votes in front of the public.

Thanks for reading this article. Please share your opinions on this blog. Warnock and Walker Clash News